Jase was about a mile away from his home when he lit a cigarette. When he struck his match his hand lit up like the year old Christmas tree in his so called living room. Jase slammed on the breaks and jumped out of the truck running naked, screaming and waiving his hand like a redneck statue of liberty. After about 10 yards he jumped into the canal on the side of the road extinguishing his hand. He sat there for a couple of minutes and just as the pain started to set in so did the fact that he was sitting naked in snake and gator infested water. Jase heard the weeds behind him rustle and was up the embankment so fast he forgot about his hand.

“Jesus Christ. How the hell did that happen?”

Jase was a site for all traveling along State Road 60 that morning. He stood there naked, covered in black mud and screaming in pain. Not one person stopped to help or called 911, like this was an everyday occurrence in this part of Florida. 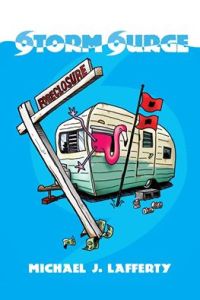 One thought on “Just A Typical Morning In Florida”